How I Got Started with Sola Wood Flowers 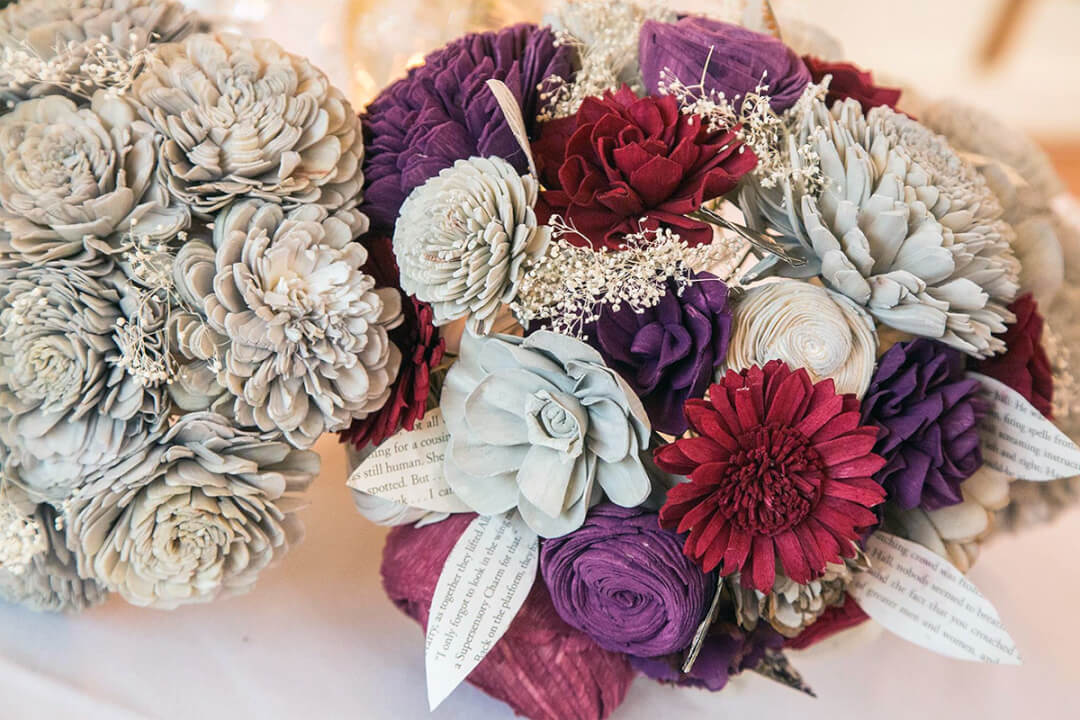 In 2016, when my husband and I decided it was time to tie the knot, we didn’t leave ourselves much time to actually be engaged. We began ring shopping in December 2016/January 2017 and got my ring at the end of January. I picked it out and I was there when he bought it, so clearly we aren’t much into tradition. 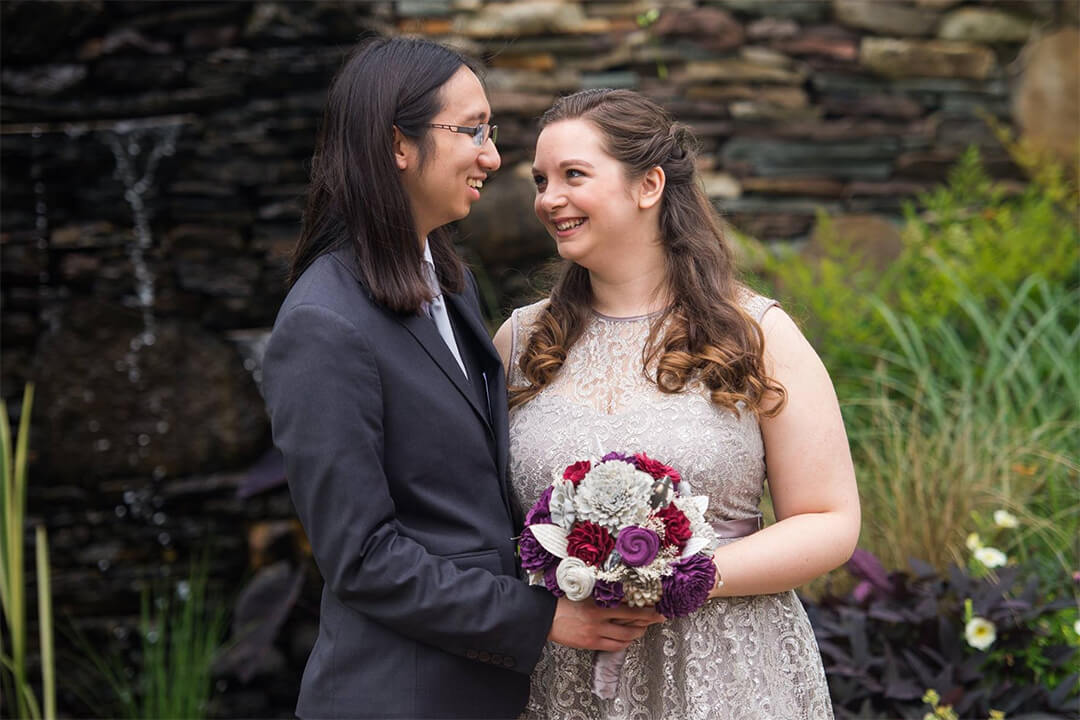 On February 13, 2017, we got “officially” engaged. Meaning, he gave me my ring and asked me to marry him. He didn’t get down on one knee, but he did ask with ice cream and a wooden penguin-shaped ring box. It was perfect.

We had our venue picked out & the deposit paid before February 13th, though. We knew we had to get married on July 13, 2017. Yes, it was a Thursday – there are no rules! – but it was important to us to have that date because it was the 10th anniversary of our first date! How freaking romantic is that?! I know what you’re thinking: we’re adorable. I agree. 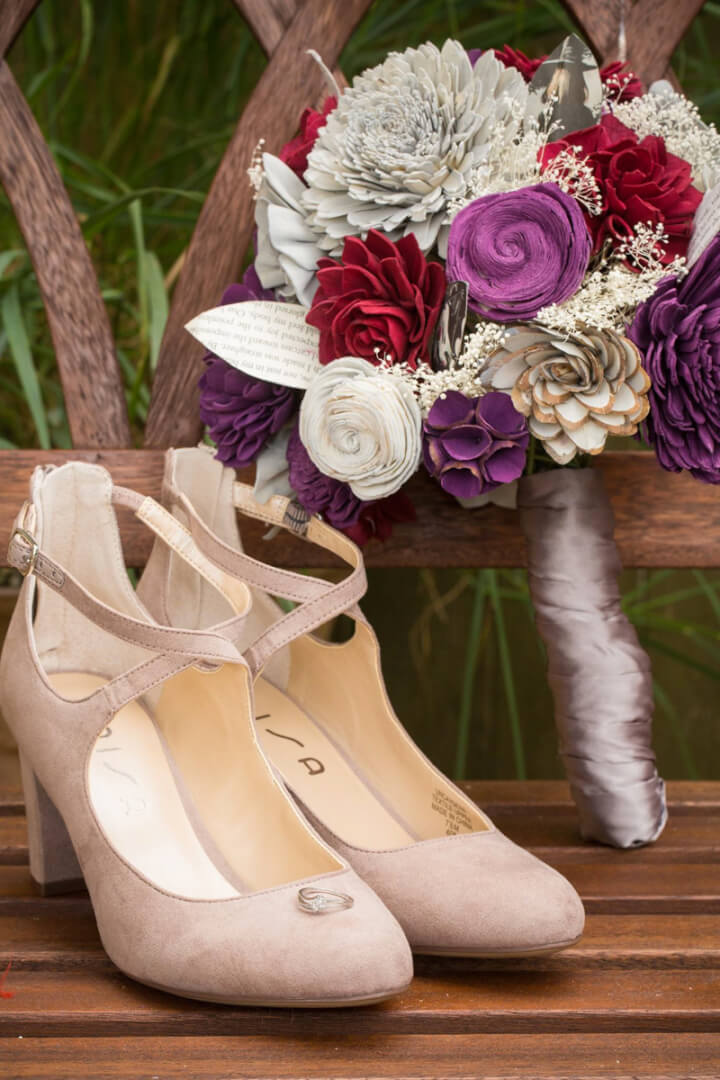 Like many other couples nowadays, our engagement came with a small budget. We were paying for everything ourselves, and we didn’t want to go into debt to pull it all off. Sure, we used credit cards, but we also pay our credit cards off each month – hello, good credit!

I don’t know if you know this, but real flowers can get expensive.

We didn’t need many centerpieces, since we only had 3 tables, and I only had a Maid of Honor & a Matron of Honor, so we didn’t need too many bouquets. The guys decided not to do boutonnieres, and instead just do colorful ties. Since we didn’t need many flowers, and we didn’t have much money, I began searching for fun, and less expensive, alternatives to real flowers.

I discovered a company that had appeared on Shark Tank (but didn’t end up making a deal). They sold pre-made wood flower bouquets. Quirky. I liked it. I ordered mine, my Maid of Honor’s, and my Matron of Honor’s bouquets and said my wedding date was the end of April, so that I’d have them in time for our July wedding. 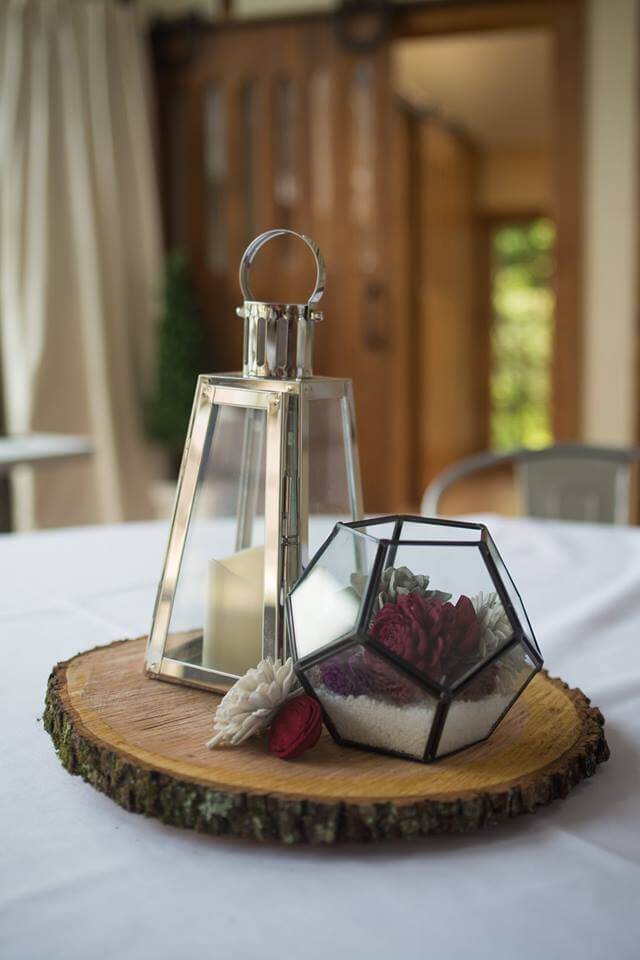 My estimated arrival date came and went, but soon after, the bouquets arrived. The two gray/silver ones I ordered were in usable condition, but the one that was supposed to be mine was in terrible shape – every flower was broken, the dye from the darker-colored flowers had bled onto the lighter-colored flowers, and the purple was completely wrong!

Time to get Started on a backup plan!

From there, I discovered another company that sold individual wood flowers. It was actually owned by the original owner of that first company, but they had good reviews online, and I took the risk and bought (probably a few hundred) individual flowers. I ordered one set that was gray, red, and purple, but I ordered red and purple shades that were lighter than I needed, so I could dye them darker to match my MOHs’ dresses. The flowers weren’t in the best shape, but they were better than what the first bouquet had, so I pushed on! 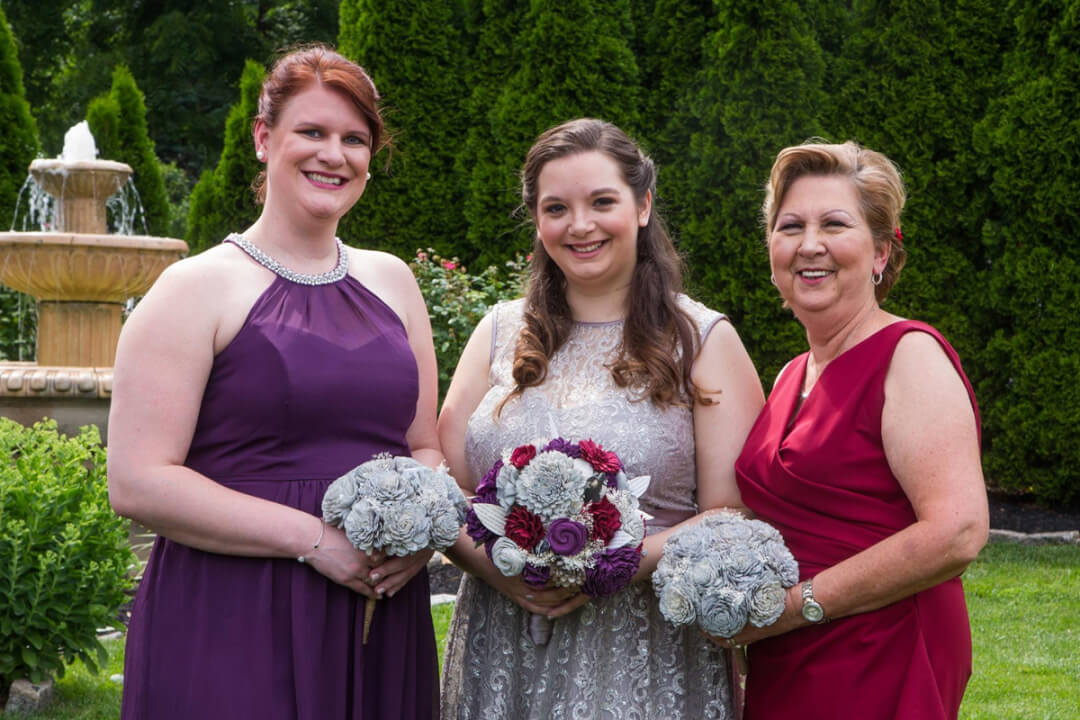 I dyed the flowers I purchased, and made my first bouquet ever – my bridal bouquet. The day before the wedding. No pressure, right?!

Well, it worked out! I made my bouquet, as well as the centerpieces for our 3 tables, and we had a few more terrariums and loose flowers scattered around the room. I had a large section of the belt section of my dress removed – I had the tie belt turned into a sewn-in belt – and I used that excess to wrap my bouquet’s handle.

And there you have it! Because of my wedding, I absolutely fell in love with working with these flowers.

I have been into crafts my whole life but none really stuck. Then I found sola flowers and I feel like I found my calling. I also love love, so working with couples to make their weddings as perfect as possible is also a huge perk for me and decor items are great to keep me on my toes & to fill up my time between weddings.