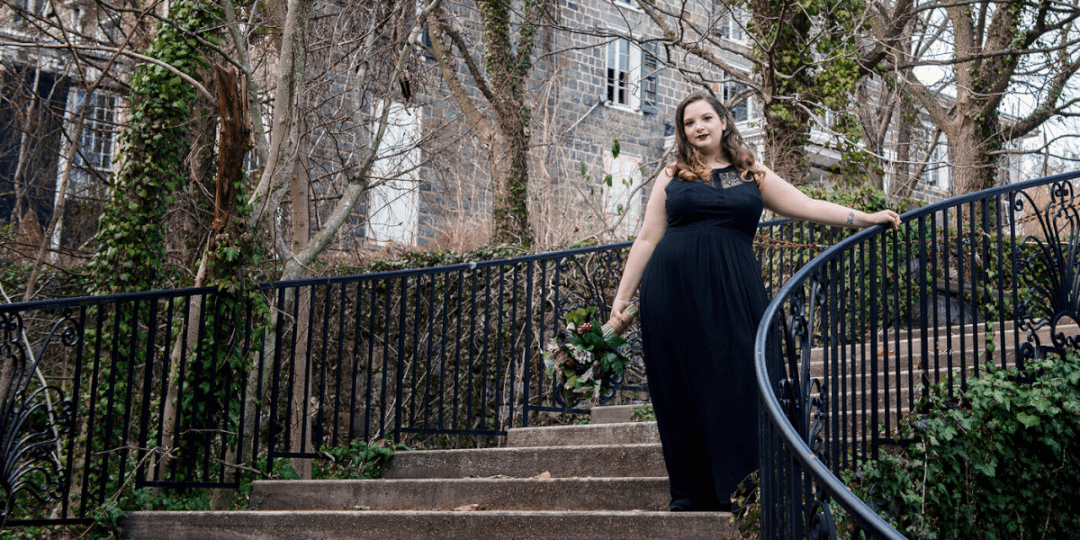 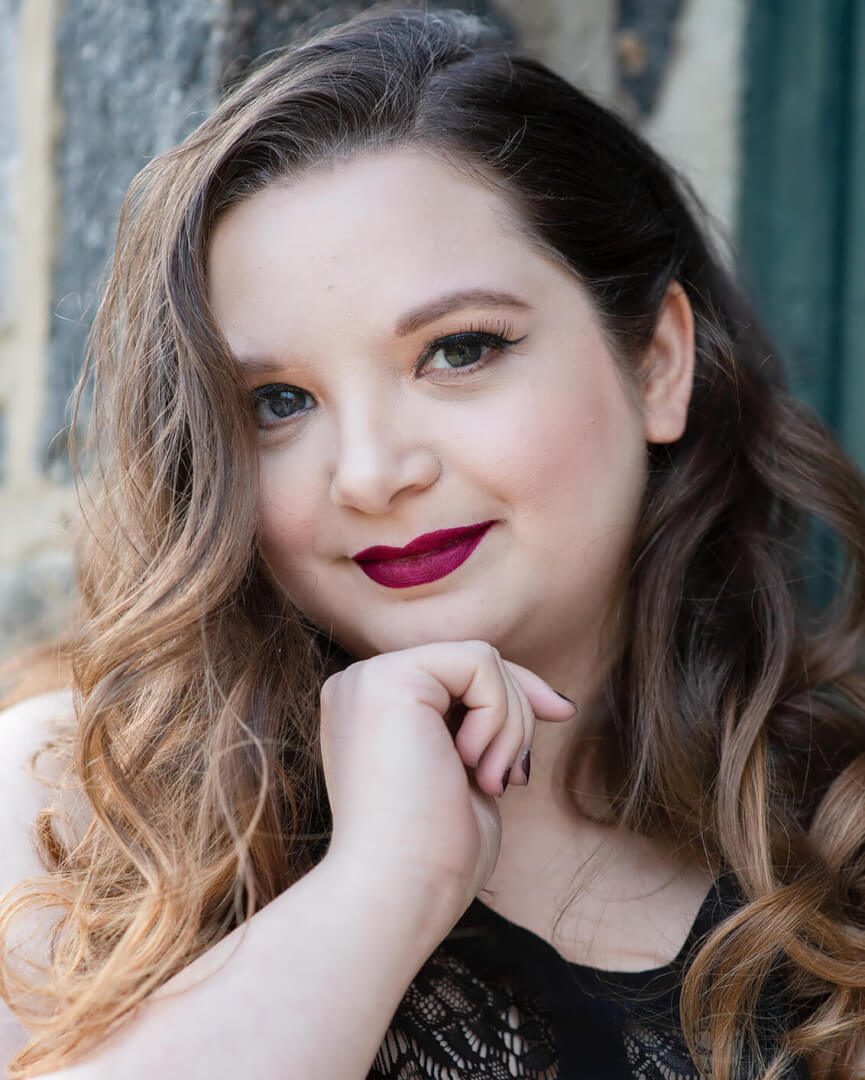 That’s right – in March 2020, I turned 30! I remember the days leading up to my 13th birthday. I kept telling my mom (or anyone who would listen, really) that I did NOT want to grow up and I did NOT want responsibility.

Little has changed, attitude-wise, but now I’m 30. I’m married – we own a house – I own a car – I have a career in my own small business, doing something that I love.

You know that meme where you need an adult, but then realize you are an adult, so you look around for an adultier adult? Yeah? That meme is my life.

ANYWHO… I have heard over and over that 30 is when your [adult] life really gets going. “It’s like your 20s, but with money” gets thrown around a lot. Here’s to hoping that’s true!

Is there any better way to say goodbye to your youth than doing a funeral-esque photoshoot? I think not! 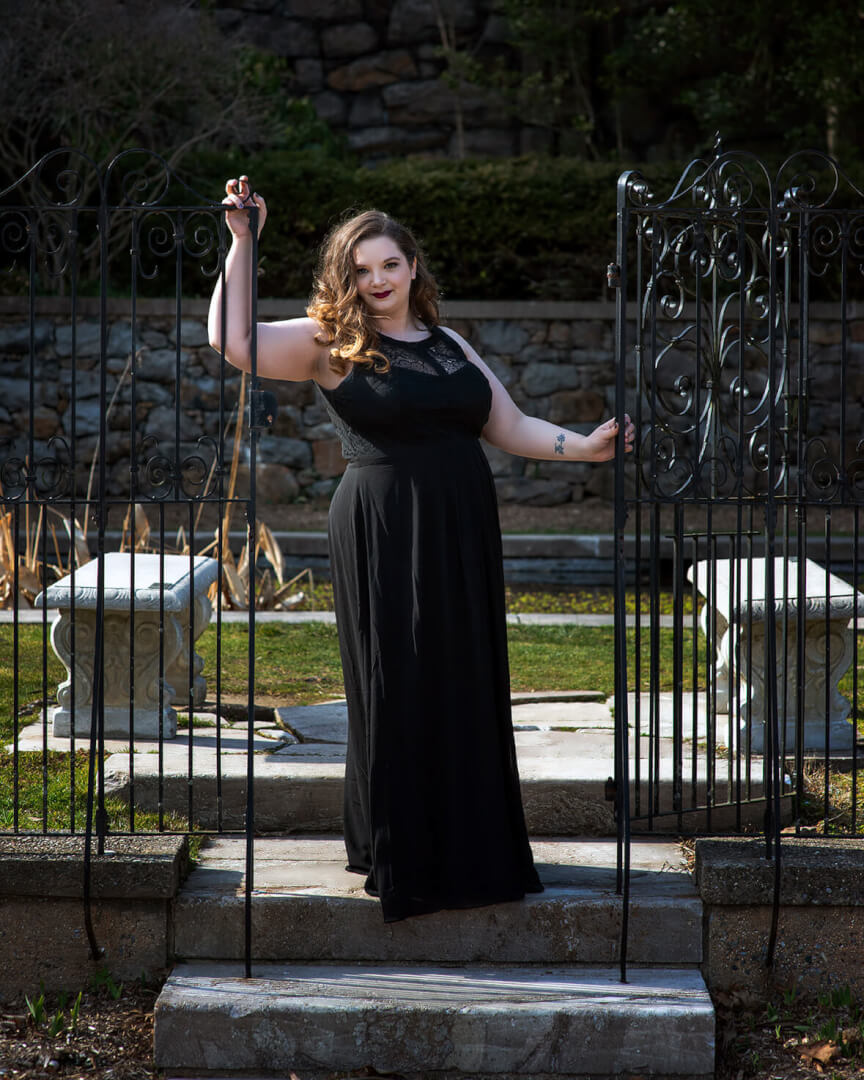 Plus, I love an excuse to get all dolled up.

I’m what you’d call a “Plain Jane” – I don’t wear makeup. I don’t do my hair. But I do love getting my hair and makeup done, and this photoshoot was a fantastic excuse. I contacted Katherine, the owner of Bluebird Brides, and the hair and makeup artist I had worked with for my boudoir photo shoot in 2019, and she was immediately on board.

Every other time I’ve been made up, I try to keep it on the plain/minimal side of things, but not for this! For this, I wanted DRAMA! So Katherine went for big curls, a strong eye, and a BOLD lip. And let me tell you, this lip color, is absolute perfection. Sadly, she said it’s been discontinued… but let’s be real, I wouldn’t get much wear out of it anyway. 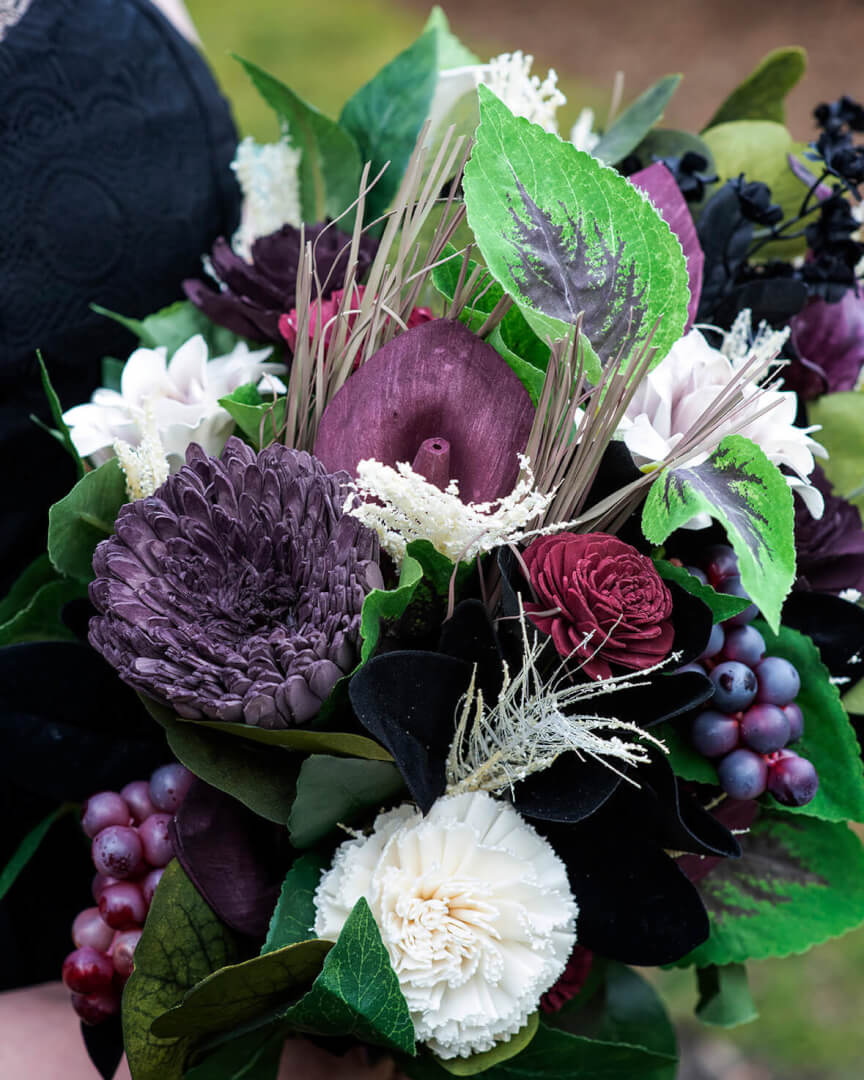 And I got to make a dark & moody bouquet!

I began planning my youth’s funeral photoshoot by hitting Pinterest, of course. I couldn’t find exactly what I was looking for, so I settled on merging together “funeral for my youth / 20s” looks with goth weddings. It ended up being dark & moody bridal-esque pictures and I couldn’t be happier.

For my bouquet, I’ve been buying and storing black, and dark greenery since before Halloween 2019. Originally, I was planning to do an all-black bouquet, but with having a black floor-length dress and darker hair, I was worried it would get lost in the pictures. Instead, I used black greenery mixed in with more natural-looking greenery, and a mixture of dark purple, burgundy, and white flowers.

The wood flowers I chose to use are ones similar to calla lilies, marigolds, spider mums, and gardenias. 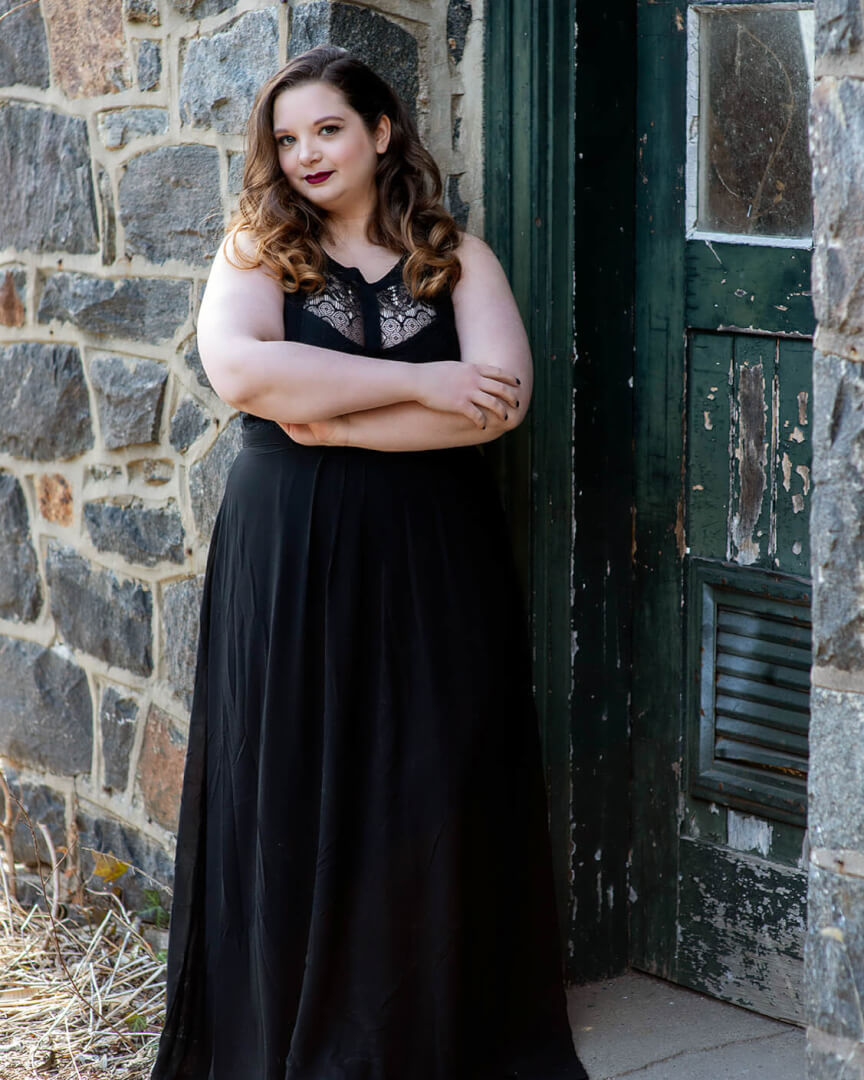 Facebook kept showing me this dress. Multiple times a day. For weeks. They just knew I needed it. I finally caved and bought it. I had never heard of the brand, CoEdition, before seeing the ads so I was wary about buying from them since I’m plus size & my actual size varies from brand to brand. But one of the times I saw the ad, I finally clicked it, and the dress was on sale from $120 to $50 – with free shipping! – so I ordered it and crossed my fingers.

It was delivered, and it fit perfectly! Other than the length… but I’m short, so that was expected. I’m very happy with how it worked out! 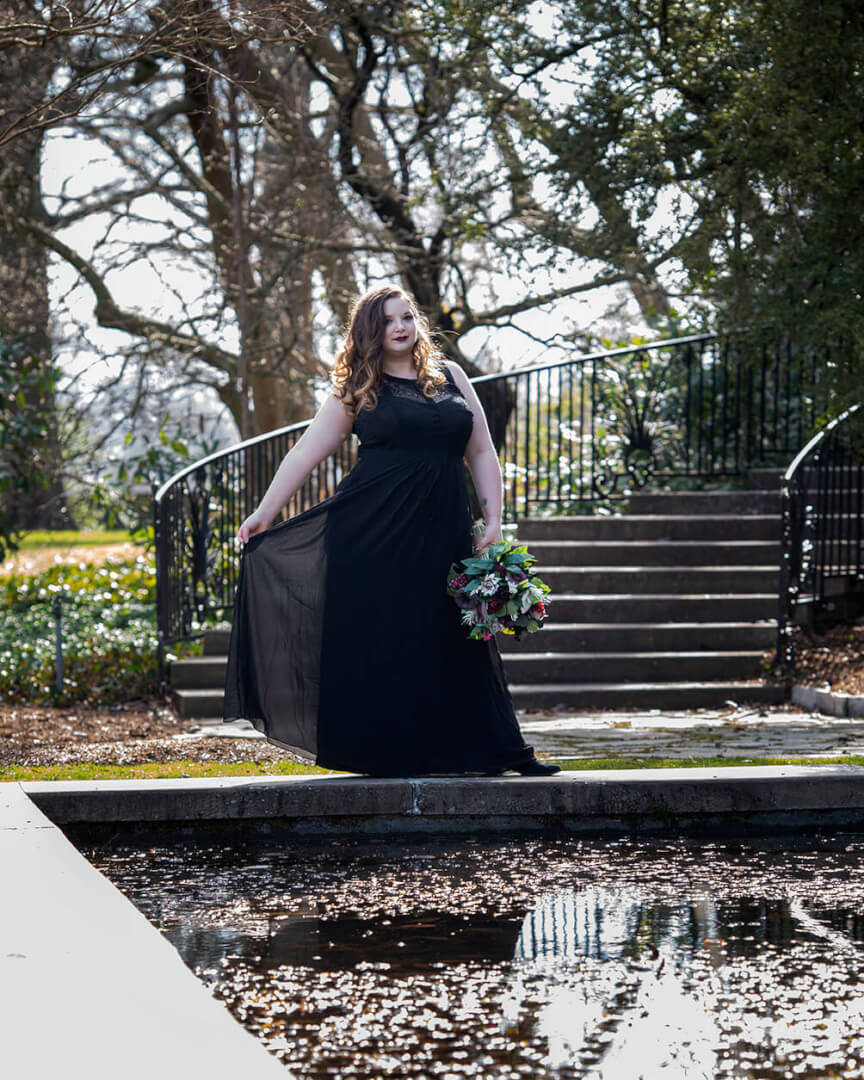 The Marian Coffin Gardens (in Wilmington, Delaware) was beyond perfect for this photoshoot. It’s a 19th century mansion that once belonged to Hugh Rodney Sharp and Isabella Mathieu du Pont Sharp. It sits on about 80 acres and, long ago, it had an elaborate garden meticulously built and maintained by Marian Coffin. After Hugh and Isabella passed in 1968 and 1946, respectively, the estate and its gardens began to deteriorate. Their son inherited the estate but did not keep it maintained. In 1998 Preservation Delaware saved the entire estate – the house & the gardens.

My dad is a pro photographer, and he’s super supportive of all my crazy ideas. Sure, he kind of looked at me funny when I mentioned my “funeral for my youth” concept… but he’s always up for any of the ideas I throw at him.

Somehow, we lucked out with the weather: partly cloudy and 60 degrees! We had originally planned on doing the shoot two weeks earlier, but my parents were going to be away that weekend, so we postponed. If we had done it then, the weather would have been freezing.

We also did the shoot on a Monday. No one else was there! We wandered and did poses all over the place without having to wait for other people to get out of the shot.

I said I wanted bridal-type portraits, but the bride happens to be wearing black.

After shooting for about 45 minutes, we had just over 300 images… and the pictures featured in this post are my faves! 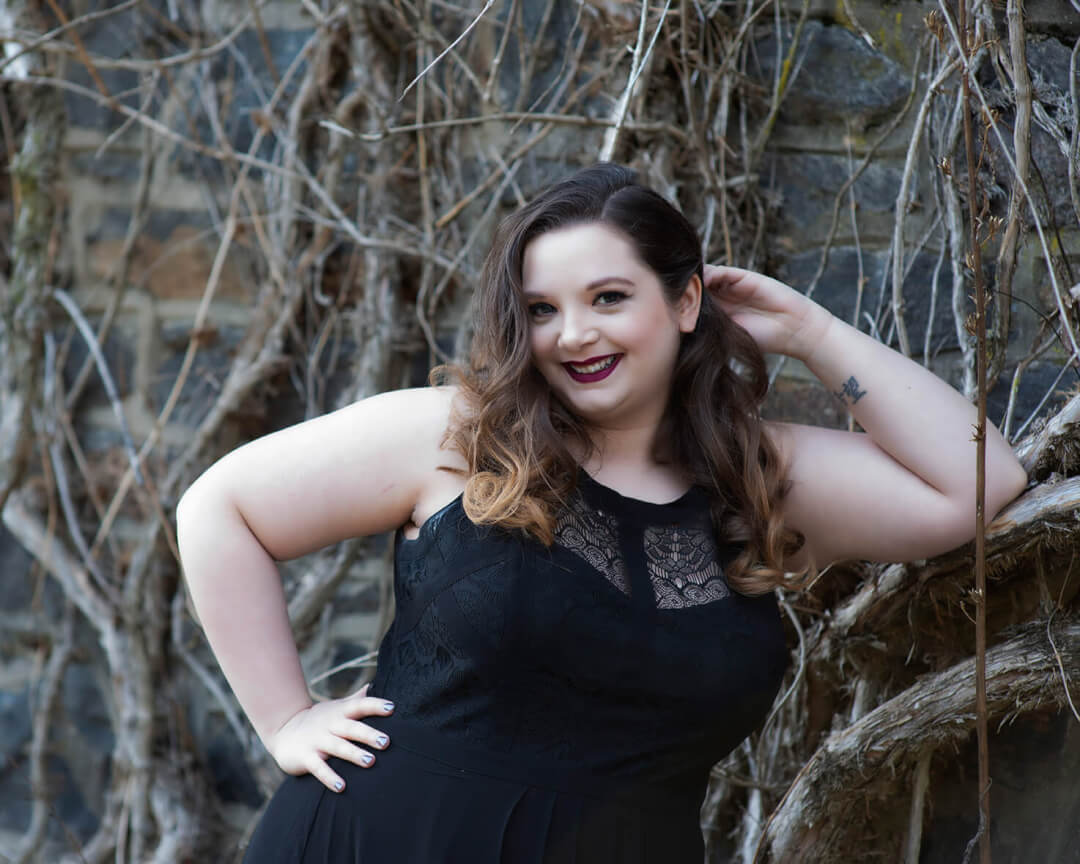 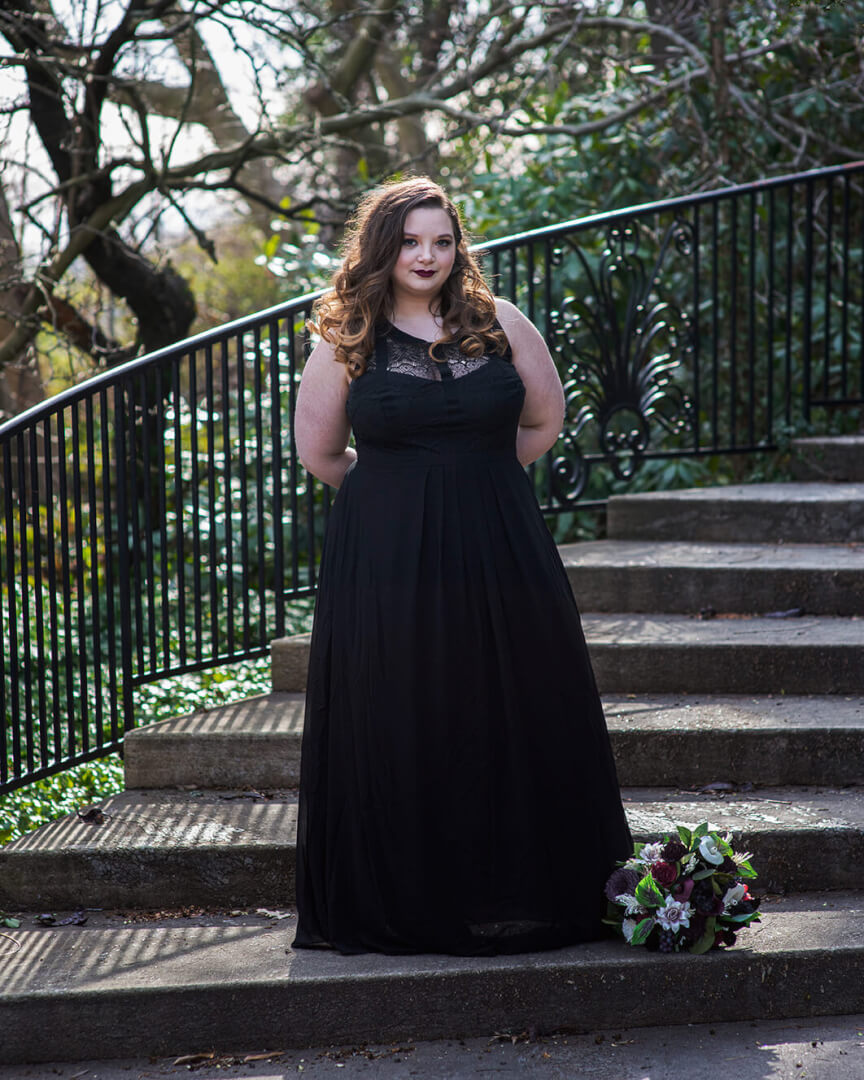 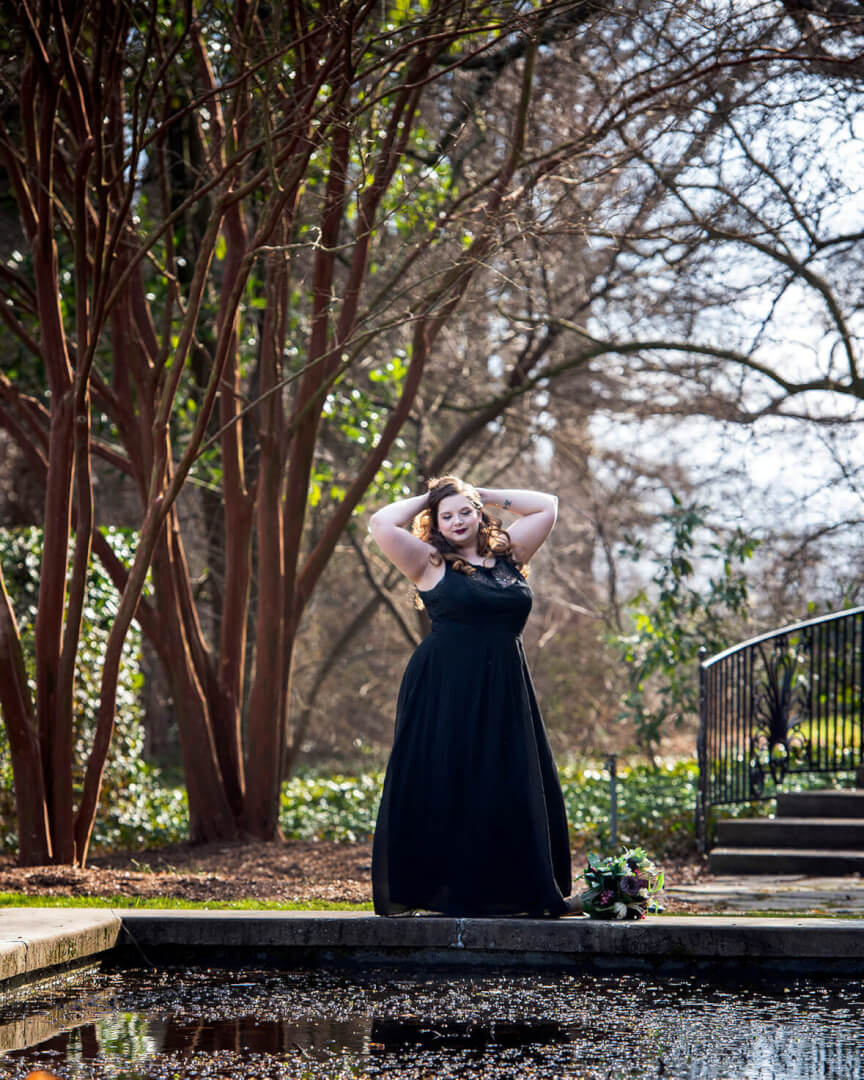 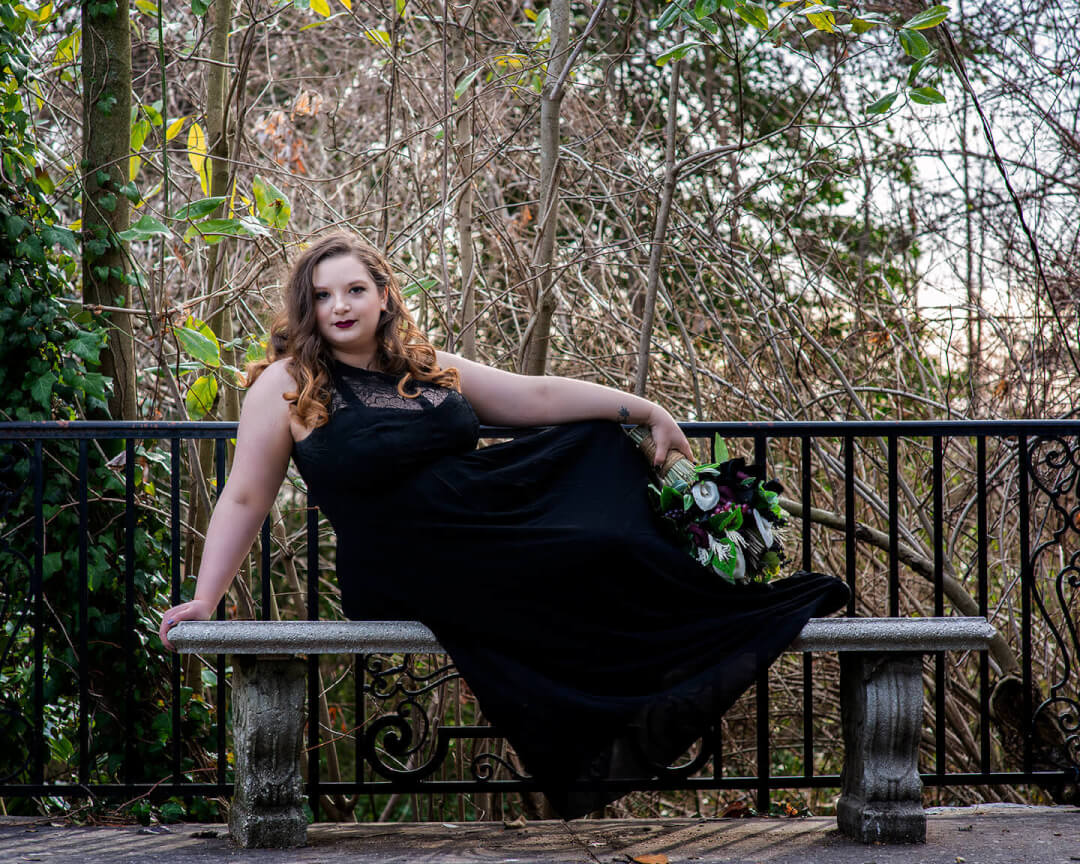 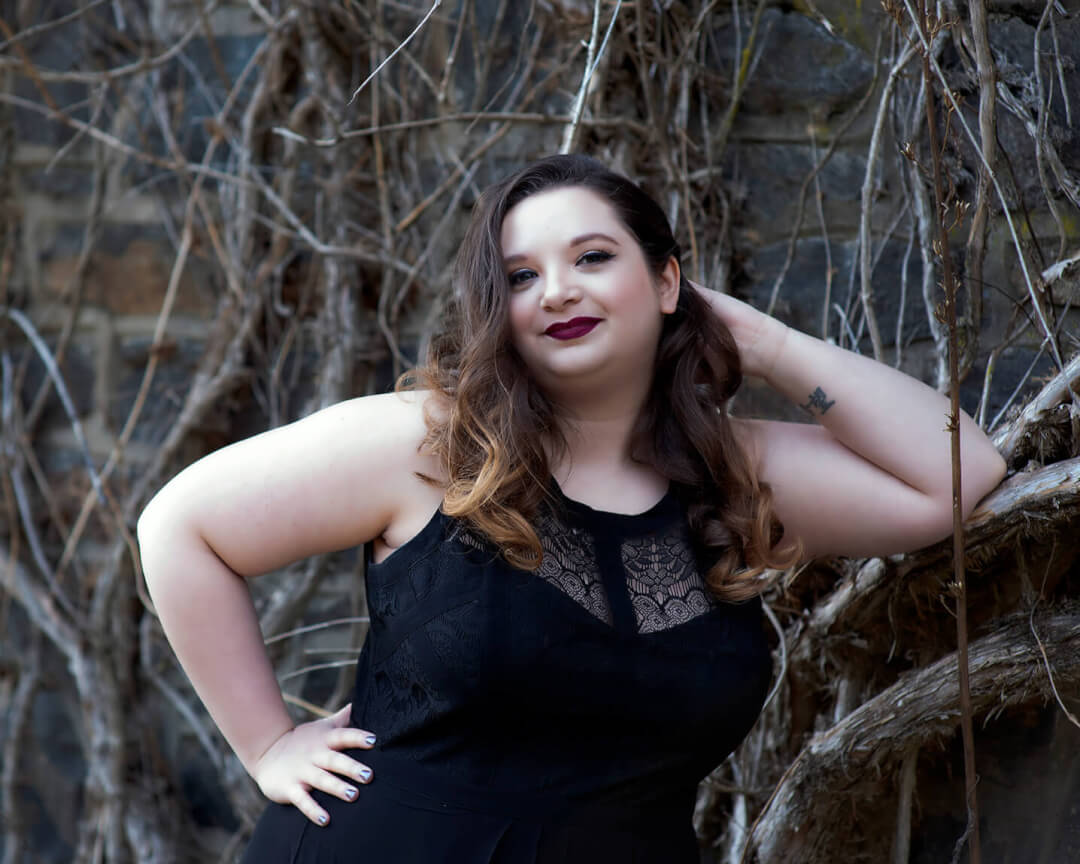 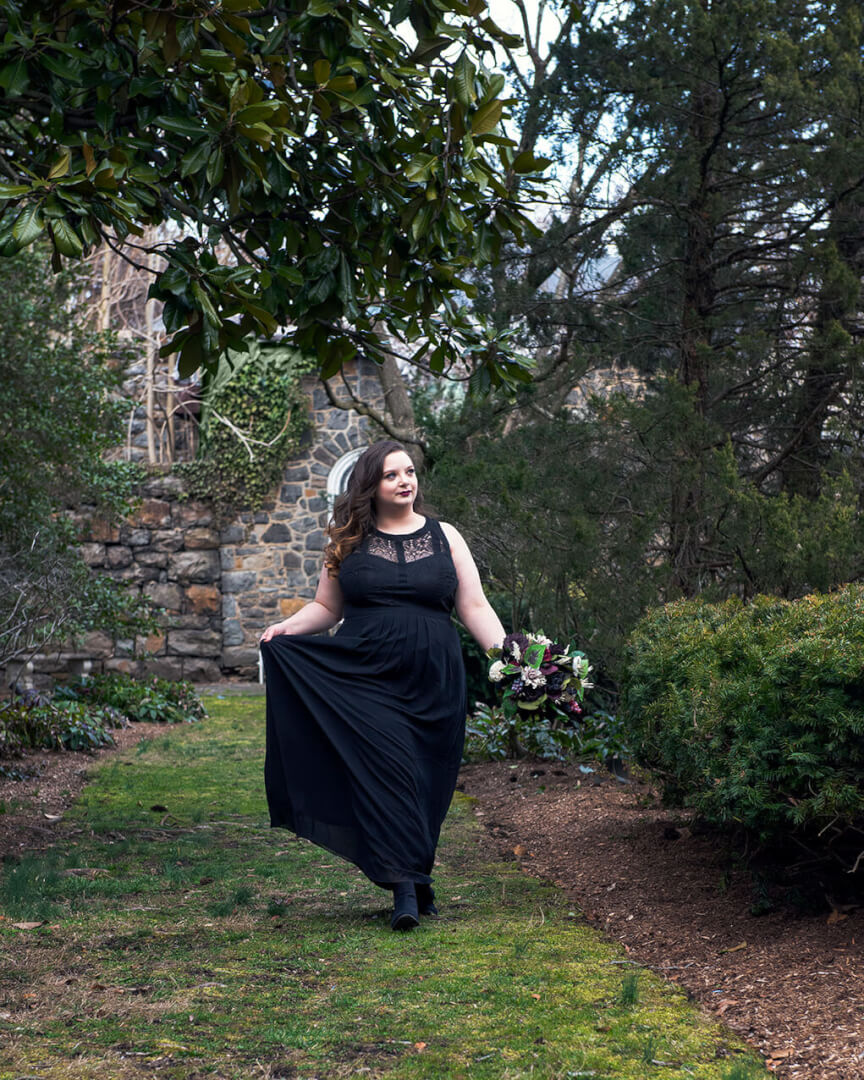